Recruitment occurred from March 1998 through October 1999 in six metropolitan areas using a variety of sampling strategies. Community-dwelling adults aged 65 years and older were eligible. Persons were excluded if they had significant cognitive dysfunction (score < 23 on the Mini-mental State Examination, MMSE; functional impairment (dependency or regular assistance in ADL on Minimum Data Set Home Care; self-reported diagnoses of Alzheimer disease, stroke within the last 12 months, or certain cancers; current chemotherapy or radiation therapy; or poor vision, hearing, or communicative ability that would have interfered with the interventions or outcome assessments. Enrollment resulted in a sample of 2,802 individuals (average age 74 years, average education 13 years, 74% white and 26% African American, and 76% women).

The ACTIVE sample was not intended to be representative of the US population. As shown in Table 1, ACTIVE participants were slightly younger than the U.S. population over age 65 and were more likely to be female and not married. As a result of the targeted efforts to recruit African Americans, they were over-represented in this sample. ACTIVE participants have slightly less health care utilization and slightly better perceived health compared to the general population of older adults in the U.S.; however, the prevalence of selected health conditions, especially those associated with lower cognitive functioning such as hypertension and diabetes, indicate that they were at risk for cognitive decline. 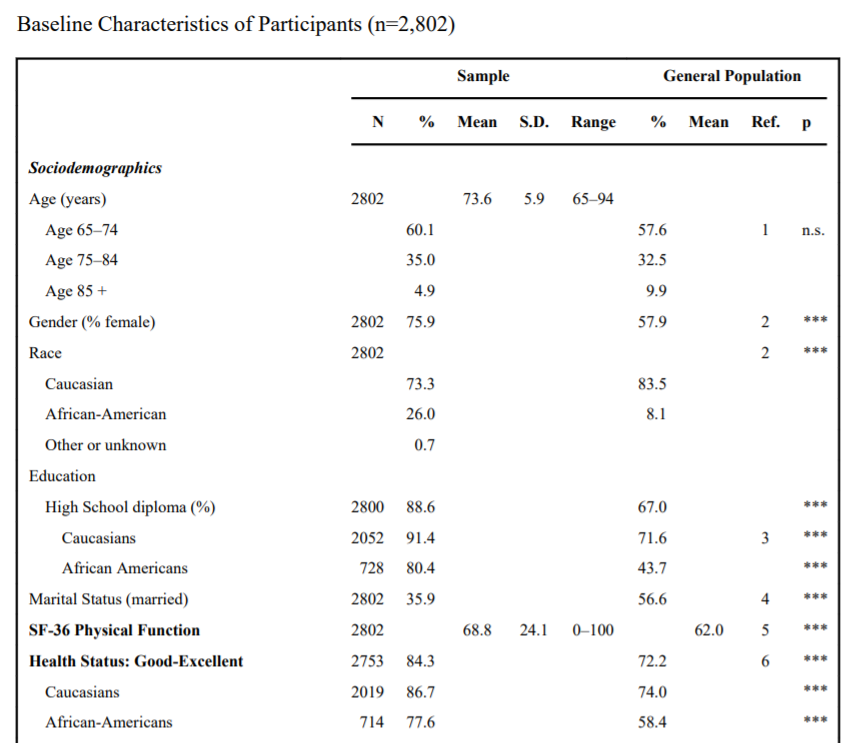 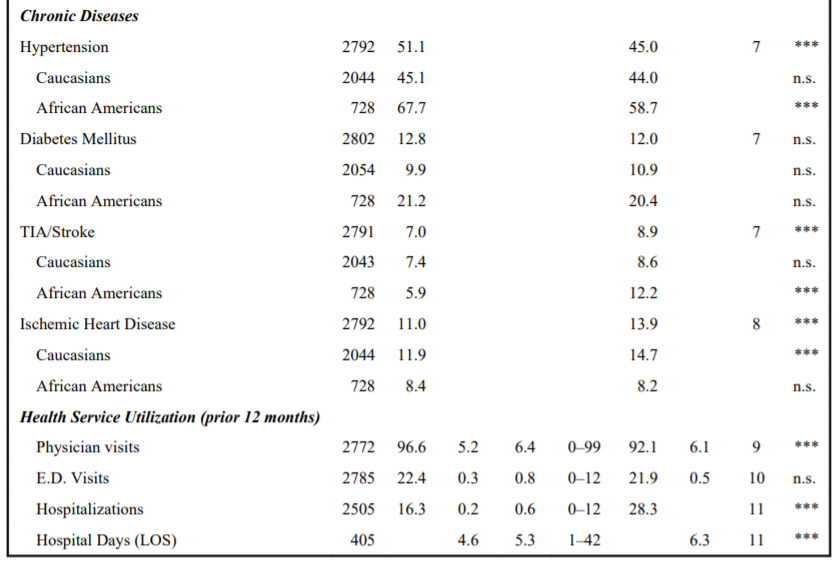